Sam reckons a new deal’s on the way 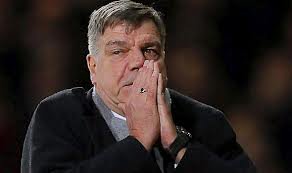 Sam Allardyce reckons only a change in ownership will mess up his chances of getting a new West Ham deal.

No talks have yet been planned but Allardyce, whose previous two-year extension was signed in May 2013, insisted he is ‘comfortable’ to wait.

‘Just after getting promoted [in 2012] there were no new contract talks in the Premier League until April and the back of end May. It will probably be the same this time round. I’ve always been comfortable with that. I was last time and I’m comfortable with it this time.’

‘If you get a set of new owners then they might not like you and it doesn’t matter how well you do, they’ll move you on. From that point of view, I can’t see West Ham being sold at this moment in time.’

And he added: ‘We are winning a lot of people over. But any fans at any club, when results are not going well, make themselves heard. You always win them over if you start winning, playing better and buy better players.’

← “Go with Sakho and Valencia Sam – sorry Andy!”
Recovered DG back and looking for a win →
Click Here for Comments >