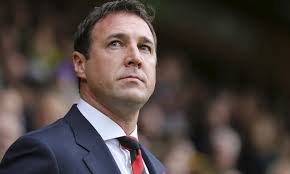 Twenty four hours after ClaretandHugh reported that Sam Allardyce could be replaced in the summer, the Daily Mail is today suggesting the possibility of a managerial change.

The newspaper says in a carefully worded report that whilst Allardyce “retains the support of the board who will make any decision on his future for the moment, but they are aware of a need to freshen things up.”

And it adds in its one reference to another manager : “Mackay was sacked by Cardiff City at the end of December after losing the favour of owner Vincent Tan and would be on West Ham’s shortlist if Allardyce went.”

Despite almost certainly assuring the Hammers of Premier League football next season, the team’s performance against Hull City last night has come in for much criticism last night.

The team was booed off the pitch by a section of fans and Allardyce cupped a hand to his ear.

His explanation afterwards was: ” ‘I did it because I was hearing booing and I couldn’t quite believe it. I’ve never been to a place where I won and got booed.

← Sam: “I couldn’t believe fans were booing”
QPR line up Ravel bid but City/Liverpool in frame →
Click Here for Comments >

One comment on “Sam sacking speculation on the rise again”