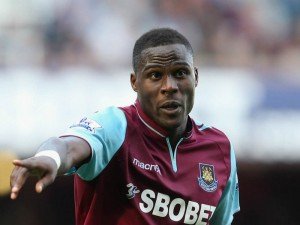 Sam Allardyce will leave his problem right pack position decision until just before kick off!

The Hammers are without Arsenal loanee Carl Jenkinson for the game as his parent club inserted a clause into the agreement that he could not play in this fixture.

And with Guy Demel ill for a few days it looked as though Joey O’Brien would get the call.

And it could now well be that the 32 year old will get the call as a more attacking option with the Hammers looking to carry the game to the visitors.

Gold added on Twitter: “We lost away to the best team in the Premier League at Chelsea. No shame in that, we dust ourselves down and go against Arsenal with a strong team full of belief dg.”

He also told ClaretandHugh: “We are at home and our form is outstanding at the Boleyn. And we are playing a team we believe we can get points from. It will be a great afternoon.”

3 comments on “Sam to make late decision for Arsenal clash”