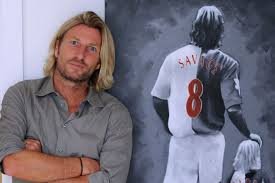 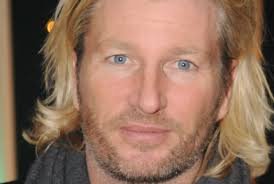 The former Leicester City, Birmingham City and Blackburn Rovers midfielder is one of the game’s biggest love/hate figures and speaking exclusively to ClaretandHugh declared: “The two Davids are great characters and are doing a brilliant job with Sam Allardyce at Upton Park.

“That club was deep in debt when they arrived and now they are flying and showing incredible ambition. It’s no surprise to me because when I was with Birmingham their desire was obvious.

“For me when they arrived at the club they love and have supported all their lives it was always gonna be a success – their commitment is total. Football and West Ham in particular consumes them. It’s a great club and one I’ve always had a soft spot for.”

‘Sav’ didn’t believe that Allardyce would get the chop at the end of last season and believes that the three men will have come closer together in the summer when bringing in their new signings.

He said: “It’s a very strong squad indeed and possibly even one that can finish in the top seven. It’s harder maintaining the position than it is getting there as we may be seeing with Southampton.

“But the turnaround from last season is amazing and it will be interesting to see whether Sam is offered a new deal. He’s done everything that’s been asked of him so why not.”

Sav reacted to suggestions that ambitious Allardyce may be ready to seek a bigger deal by declaring: “He’s one of the world’s best paid managers now and should perhaps remember how the Davids stood by him if he is thinking like that.

“I think he;s the right man for the club but I don’t think the owners will be held to ransom and i’m not sure that Sam will do that.

“In the meantime it’s great to see what’s happening at the club and in Valencia, Carroll and Sakho you have one hell of a strike force.”

← Ravel may be sold in January
Monk: “Irons didn’t want Bony enough … we did” →
Click Here for Comments >