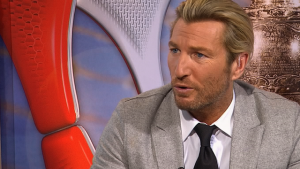 Robbie Savage told a West Ham fan on BBC Radio 5Live over the weekend that the Hammers can finish the season in fourth place this year.

When asked by a West Ham fan who called into the BBC radio show the realistic target for the Irons this term, Savage answered “I think you are looking at fourth”

West Ham are currently sixth in the Premier League table at the moment with 32 points from 20 matches.

Last week ClaretandHugh ran a poll as to where West Ham can realistically finish this season in the Premier League. Just 4% of the 1,246 respondents said West Ham could finish top four, 23% said top six and 52% said top eight is achievable. Just over 20% believe we will finish 10th or below.

One comment on “Robbie Savage: ‘West Ham can finish fourth’”