Sean gets ‘ump with Fergie in Mail

ClaretandHugh’s associate editor Sean Whetstone is not a bloke who easily gets the hump.

But when the Daily Mail asked him to write a piece on the outrageous lambasting of the Hammers by Sir Alex Ferguson, Sean was quickly out out of the blocks.

Here’s what he had to say! 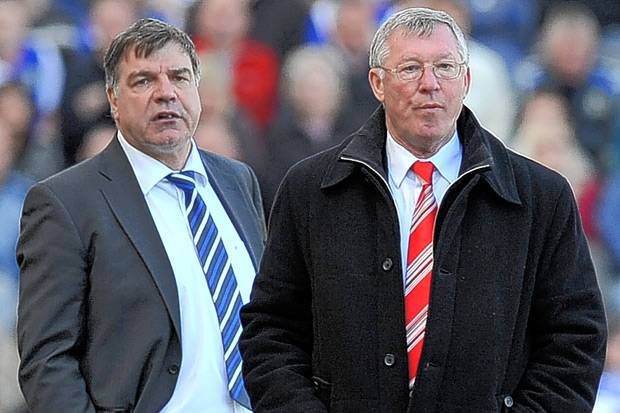 Sir Alex Ferguson’s mocking of the ‘West Ham way’ is more about selling his book than it is supporting his old mate Sam Allardyce.

He is being controversial for the sake of it to gain free publicity and to support his habit of buying expensive wine for his luxury cellar collection.

Fergie has a very short memory; The West Ham way was beating Manchester United 4-0 on a snowy December night in 2010 when Jonathan Spector and Carlton Cole were the unlikely heroes, scoring two goals apiece.

For me, the ‘West Ham way’ is about attacking football; going out to attack the opposition at all times, trying to score at every opportunity, never sitting back in an attempt to frustrate, but instead going for the jugular regardless of whether you’re home or away.

A fundamental part of the ‘West Ham way’ is central defenders bringing the ball out from the back. That started with Hammers and England legend Bobby Moore, and continued through Alvin Martin, Tony Gale, Slaven Bilic and Rio Ferdinand.

Start supporting Claret and Hugh today Claret & Hugh’s team of creators work with passion and pride to bring you the quality of content that keeps you coming back for more. Support for our creators, however big or small, will help us keep your Hammers content fresh, frequent and loyal to the club. £5 per month £10 per month £20 per month £50 per year
The cavalier style of the ‘West Ham way’ made us vulnerable and is one of the reasons we used to concede so many goals – even with Bobby Moore in the centre of defence.

This new injection of pace, skill and quality, together with excellent form of Stewart Downing and Mark Noble, has made West Ham a joy to watch again and is a major reason why we are fourth in the Premier League.

But the West Ham way is not all about results. As Hammers we enjoyed the hard-fought 2-2 draw at Hull City and the narrow 2-1 defeat at Old Trafford.

In both those matches we gave it a go and tried our best. No false nines or 11 men behind the ball – we went for it – and that is what we will expect on Saturday lunchtime as we face second-placed Manchester City at home.

The West Ham way is fundamental to the club’s identity.

Former West Ham and England manager Ron Greenwood eloquently explained the West Ham way in 1977 when he said: ‘The crowds at West Ham haven’t been rewarded by results but keep turning up because of the good football they see.

‘Other clubs will suffer from the old bugbear that results count more than anything. This has been the ruination of English football.’

I am happy to give Fergie an explanation of the West Ham way!

Maybe now he will concentrate more on the mess he left behind at Manchester United when he retired and leave the comments about West Ham and their style of play out of further updates of his book.

5 comments on “Sean gets ‘ump with Fergie in Mail”