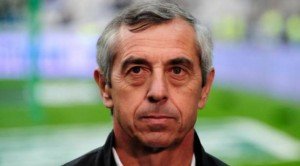 Senegal boss Alain Giresse is trying to get heavy-handed with the Irons over Diafra Sakho’s injury and absence from the African Nations Cup.

The Senegal head coach has gone public with inflammatory remarks threatening the Hammers not to play Diafra Sakho should he recover before his country exit the competition.

However, ClaretandHugh finds the remarks surprising to put it mildly as we understand the club has offered every opportunity for a Senegal medical team to check him out.

As yet no doctor has emerged from the Senegal camp despite an invitation to do so which make Giresse’s remarks all the more surprising.

We understand too that scans and reports from leading back specialists in London have been sent to them but West Ham have received absolutely no response.

Sam Allardyce says the striker is set to miss another two to five weeks with a recurrence of his back injury as was reported on this site last week.

But none of that has stopped Giresse saying: “If they don’t want Sakho to come so they can play him they are wrong. He doesn’t have the right.”

There’s also the implication that Senegal will use Fifa rules in a bid ro reinforce Giresse’s public position.