Sevilla boss Julen Lopetegui believes that West Ham are a “complete” team and is expecting a hugely difficult fixture in the second leg of the Europa League Round of 16.

The Spanish side hold a 1-0 lead ahead of the second leg, with the Hammers knowing that they must win on Thursday to have any chance of progressing to the quarter-finals. 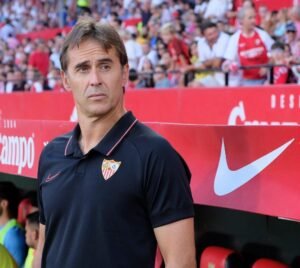 Sevilla have been in excellent form in Spain and are second in La Liga, while they also have a remarkable defensive record, having conceded just 19 goals in 28 league games, a lower number than both Real Madrid and Barcelona.

Lopetegui, though, believes that the Hammers have an immense amount of quality and have the attributes required to pull off what would be a stirring comeback.

Speaking at his pre-match press conference, as transcribed by the Hammers’ official website, the ex-Spain manager said: “I’m expecting to face a team that will make things very hard for us. They’ll play to their strengths.

“They have decisive players in every area of the pitch. They are complete and are versed in various styles of play.

“What matters most is what we can do and that we do it well. We don’t think about the result – only about playing well. Everything else is a consequence of that. We will give the game our all, attacking and defending well.”

Thursday’s game is set to kick off at 8pm on Thursday and will be viewable on BT Sport.