Posted by Sean Whetstone on August 6, 2014 in News 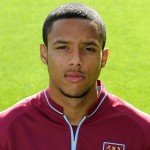 Left back Shaw, now 19, was released by West Ham in May this year along with Dymon Labonne, Rob Girdlestone, Thomas Gogo, Gines Guzman Rosique, Courtney Homans and Taylor Miles. Shaw was previously released by Arsenal at the age of 14 and previously had trials for Hull City earlier this year, Back in 2013 Shaw spoke to WHUFC.com saying. “I’m really enjoying it at West Ham. I just hope I can get my chance to break into the first team – that would be nice.”  In the 2014 January Sky Sports News linked him with a move to MK Dons, Leyton Orient, Southend and Luton.