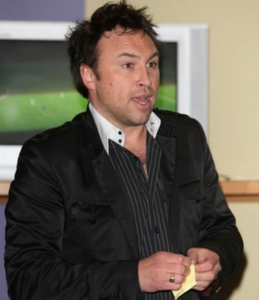 TalkSPORT’s shock jock Jason Cundy reckons a Hammers move for Rafa Benitez would not be the right choice for the Hammers should they sack Manuel Pellegrini.

The former Chelsea and Spurs defender usually hasa view on what’s happening at West Ham or indeed on this occasion what may not given the suggestion has only arisen in The Mirror unsupported by any quotes.

But he’s always a character to turn to if you want a rent a quote of ten on most issues and it comes no surprise to find him coming to a conclusion within seconds of the story breaking.

He quickly launched into his position and snapped that we would be  making a mistake by replacing the under pressure Chilean manager.

The Mirror reports that Benitez would listen to an offer from the Hammers, despite the fact he’s only recently moved to China on a whopping £12million pay deal.

Going out and signing the 59 year old wont be all great and uninspiring according to the ex-Chelsea defender Cundy.

Hiring a younger and more exuberant manager would be the better idea said Cundy with Eddie Howe the first name mentioned along with many others.

Signing Eddie Howe is very very unlikely and Cundy said of the Benitez reports:  “It does feel a bit like a very similar move to Pellegrini, doesn’t it?

“He was out in China and West Ham called him back, and Benitez is currently out in China.

“The squad they’ve got feels like Eddie Howe could go in there and do better.”

← Irons can be masters of unpredictable against Spurs
Pochettino sacking – good or bad news for Irons? →