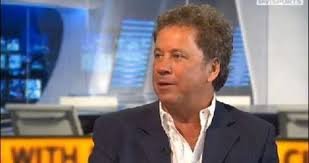 Agent Barry Silkman has furiously denied that he has ever claimed Juventus midfielder Roberto Pereyra is the subject of a £10.8 million bid  from West Ham.

The “story” appeared on Twitter earlier today (Mon) where it was declared: “BREAKING: Football agent Barry Silkman says West Ham have made a £10.8m bid for Roberto Pereyra of Juventus.”

But Silkman – speaking exclusively to ClaretandHugh – said: “I hope whoever tweeted that has a link showing that I said it because I don’t even know who the plaer is – never mind whether he is even available.”

“I have no knowledge of any bid because as I say I know nothing about the player. I would expect an apology as this is out of order and I am very unhappy about it.”