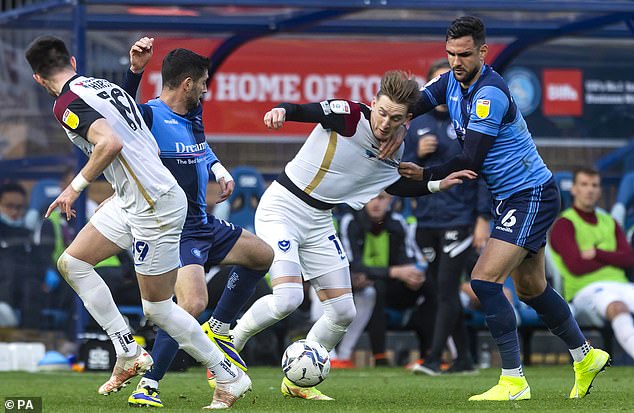 The Premier League will come under pressure to follow suit following news that TV cameras will be allowed into dressing rooms and offer in-game interviews with coaching staff for the first time next Sunday when Wycombe entertain Portsmouth in League One.

According to Sportsmail  both clubs have agreed to offer access to Sky Sports, who have also been granted permission to record in-game audio of the players’ on-field conversations to be broadcast at half-time and after the final whistle.

It’s a first in the UK and will put PL clubs under increasing pressure to do the same whjich of course enables viewers to watch both manager’s pre-match and half-time team-talks.

The move has been underway from Sky for som,e time but it has proved unsuccessful as managers at the top level have fervently protected their right ro secrecy within dressing room walls.

Now, however, it begins to look odds on that the pendulum swings very much towards the broadcasters.