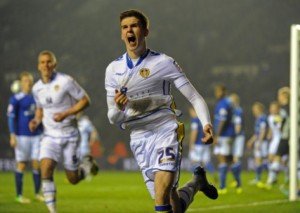 West Ham boss Slaven Bilic has a major decision to make with James Tomkins being absent from this evening’s squad against Manchester City.

The right back has been feeling a niggle all week and ClaretandHugh understands that he is unlikely to be involved in the squad for the exciting encounter.

We also have been told that new boy Sam Byram will be involved in the squad and the big question is whether he will make a hugely unexpected debut against third-placed City.

The manager appeared to make it clear at his pre-match press conference that the £3.7 million signing from Leeds is one for next year but the fascinating twist in the tale of today’s squad raises an engrossing possibility.

However, it looks more likely that the boss will plump for safety first by bringing Winston Reid back into central defence with Angelo Ogbonna slotting into the right back spot as the Hammers look to do the double over the visitors.

← Leroy’s verdict: It could be a classic!
Gold: Three top players out but chance of ‘double →
Click Here for Comments >