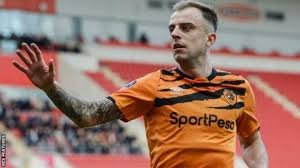 New West Brom signing Kamil Grosicki has finally been snapped up by Slaven Bilic and claims the former Hammers boss wanted him when he was in charge of us,

The 31-year-old had scored seven goals and set up a further four during the first half of the season, and claimed an assist off the bench during his West Brom debut at Millwall on Sunday.

And the Polish international has now revealed that he could have worked under Bilic at West Ham, with the Croatian keen on a deal while he was in charge at London Stadium.

“I have obvious advantages, such as speed. I can give you an advantage in a difficult moment of the match and reverse the game if something is not going our way,” Grosicki told Sport.pl.

“Slaven Bilic was looking for such a player. He had me in his notebook for a long time. After Euro 2012, he wanted to bring me to Moscow to Lokomotiv, where he became a coach after parting with the Croatian team.

“Then there was a topic when he was at West Ham, but I didn’t get to London. In the end, we managed to meet after eight years of stalking!”

ClaretandHugh says: Slaven Bilic’s achievements so far at West Brom have to make you wonder what might have happened had he been able to bring in the likes of Grosicki  and indeed William Carvalho to West Ham. The Sporting Lisbon defensive midfielder was at the centre of what became increasingly bitter talks between the two sets of directors but imagine where we might be now had he and Declan Rice been our midfield two. Sporting Lisbon were talking £30 millionish at the time and eventually saw him  leave for Real Betis on a five-year contract for €16 million plus an additional €4 million in variable costs for 75% of the player’s rights, with €10 million more to come later for a further 20% of his rights depending on certain conditions and achievements. We can only watch Grosicki’s Baggies progress with interest remembering that at the time Slav wanted him he had been a regular scorer at his previous clubs.