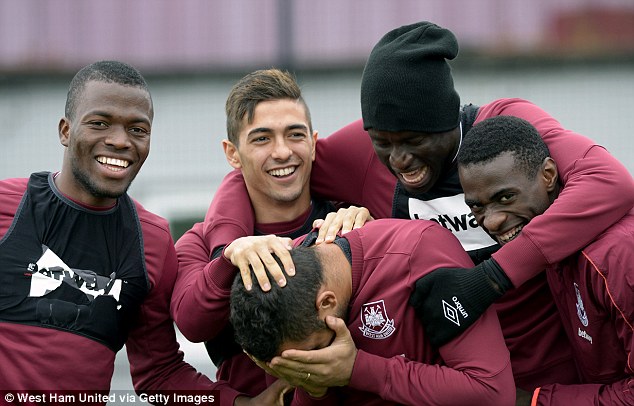 Slaven Bilic claims the Irons were lucky to be in fourth place last Christmas under Sam Allardyce.

And of course the infamous decline following that lined up the present manager for hi tkovr at the club …EVENTUALLY.

However, he isn’t looking to learn any lessons from the 2014-15 campagn declaring: ‘This is football. It’s not about those lessons,’ Bilic said. ‘This (slump from fourth) happened once.

“If it had happened four times in the last eight years, then I would go: “This is happening too much, it is probably going to happen to us again”.

‘We were winning, deservedly, but we were winning 2-0, like after 10 or 15 minutes or whatever. And then the opponent hit the post.

‘In the second part of the season, in some games, we were unlucky. Let’s say the game against Man United at Upton Park. That game, we deserved to get three points.

‘So that’s points at a crucial stage. And after that, you are in a comfort zone because you lost your little bit of the motivation because you know you can’t catch those that dream or wonder.’

Bilic, though, still refuses to entertain the idea that West Ham could repeat history by remaining in the top four for another two months.

‘We were fourth at Christmas and all that. OK, I know that fact,’ Bilic said. ‘It’s here and I try to find a reason for it. There is no point in thinking about it. We are not planning long-term. We are not counting the points.’

2 comments on “Slav: “Fourth last Christmas? We were lucky””