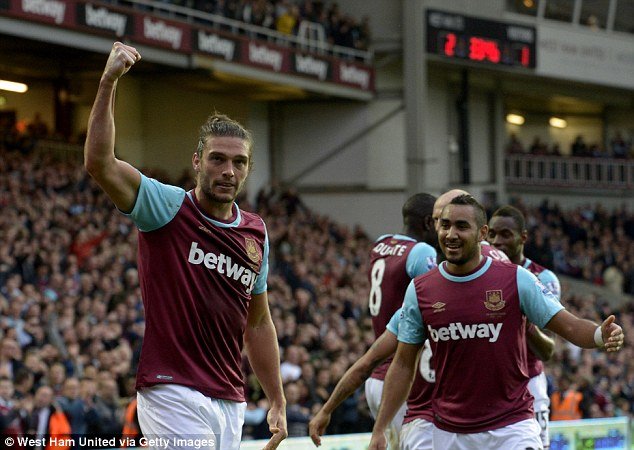 Slaven Bilic has admitted that stories Andy Carroll hasn’t always looked after his body were ” probably true – because all those stories there has got to be something in them.”

And after learning that AC had been involved in a restaurant issue with a Chelsea fan he added:   ‘All I am telling them is very normal. It is very hard to go out because of the media. I can understand they go out but it is all about timing, when and where.

‘I don’t live with him. I am not a policeman and I am not investigating their lives,’ Bilic said. ‘They are young people, they are going out. We all used to go out.

‘Did he look good after his body in history? Maybe it was unluckiness but probably true because all those stories there has got to be something in them.

‘We had a few chats. He has matured. He is now, when you talk to him, like a proper man.

‘Eventually it is probably going to happen, we are going to read sometimes — you know what I mean — but he is really ready to be like what we all want. I have a feeling he wants to be like that as well.’

Bilic had heard stories about Carroll’s attitude before taking over at West Ham and, having discovered they were ‘probably true’ for himself, the manager spoke to the England forward.