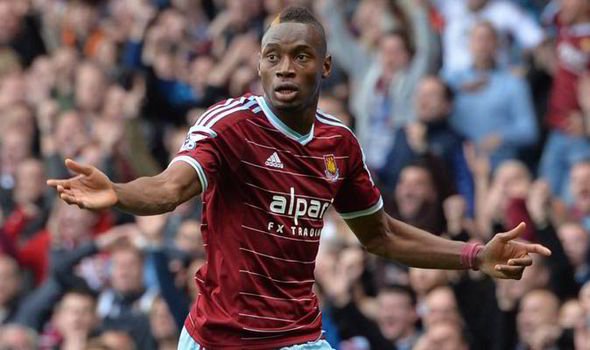 Slaven Bilic is desperate to bring Diafra Sakho back into the action as quickly as possible.

And with the incentive of knowing he going to be playing for his future, Sakho is determined to show that he retains the form that saw West Brom bid £15 million for the Senegal striker.

Sak of course failed a medical and knows that he has the best part of this season to either earn hmself a new deal with the Hammers or create sufficient interest to ern himself a big money move.

Sakho’s deal with the Irons runs out in June 2018 and he certainly needs to show form and fitness over the remainder of the season with the club ready to adopt a wait and see policy until then.

A top club insider told us: “Diafra is very aware of his situation and determined to show that he remains a top striker. The truth is that we are so toothless up front that a lot is resting on hs shoulders.

“With Andy Carroll still sidelined he has a terrific chance to show himselff off and with Andre Ayew also becoming available very soon things look quite exciting.

“Diafra has knuckled down brilliantly in training and his attitude is spot on because he knows what’s at stake from his point of view – he really will be playing for his future.

“People can forget any suggestions of issues between him and the manager. Slaven wants him back pronto and the pair are fine with everything. It could be a really tasty link-up

“Sak’s been seen as something of a bad boy but that’s behind him. There’s an awful lot at stake for him personally and he’s determined to gve everything for the club.”

7 comments on “Slav pins his hopes on returning ‘bad boy’”