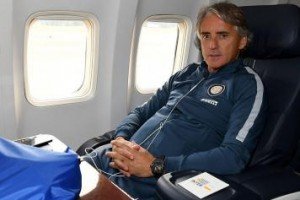 Slaven Bilic’s position is managing to create something of a media frenzy at a quiet time for club news.

Soon after we reported that the Hammers boss will be given time to sort out the team’s current slump fortunes reports arose in Italy that Roberto Mancini may be a runner in any replacement race.

But as we reported this morning Slav is in no imminent danger and will be given plenty of time to sort out the problems given the return of many ‘big’ players over the next couple of weeks.

www.calciomercato.com were the first to claim former Manchester City boss Roberto Mancini would be a candidate  when and more importantly if the board decide it is time for a change.

Calciomercato.com say “Billic’s position is very uncertain to say the least and Roberto Mancini is a candidate to replace him.”

Mancini knows the EPL well since he played for Leicester in 2001 and was Manchester City coach from 2009 to 2013. He currently is free to choose a club.”

Bilic remains 6/4 favourite with the bookies as the next Premier League manager to get the sack but ClaretandHugh was told this morning: “Yes, we’ve had a bad run but everybody – chiefly the boss – is aware that things have to change and Slaven will be given time to sort the issues with his big players.”

← Will Antonio get his England chance?
Dimi sends squad a ‘unity’ message →
Click Here for Comments >