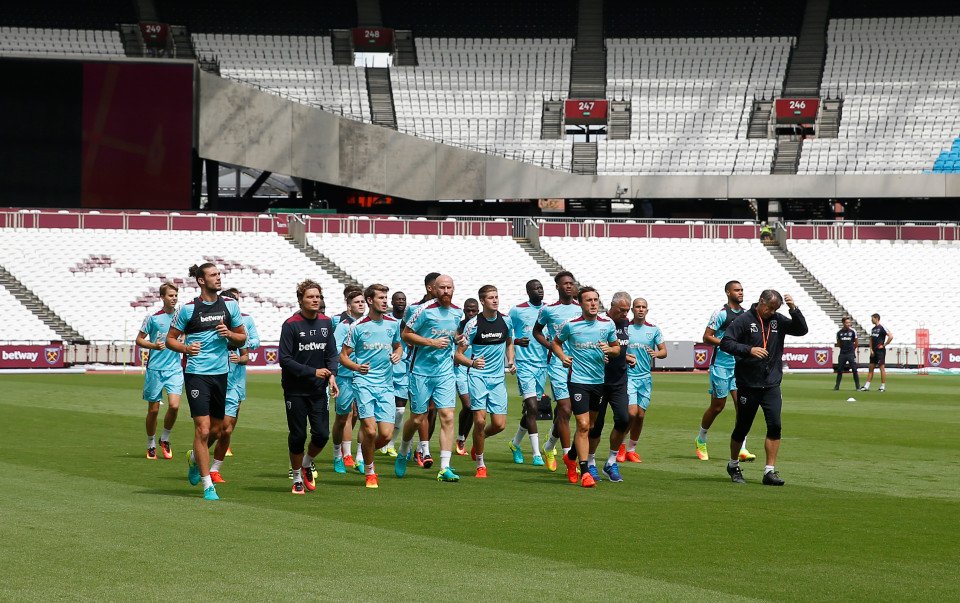 THe squad train in their new surroundings

West Ham are looking to start training at the London Stadium over the next couple of weeks.

The manager is close to taking up the option of using  the London Stadium to help the squad prepare for home games.

But with the international break intervening and the next home game – against Sunderland – not due until the 22nd of the month, the requirement has been on the back burner.

However, the issue remains in the manager’s mind and we were told this morning that potentially it could happen within the next fortnight.

It was explained at this stage there has been no need to activate the necessary permissions because “we are in a quiet period and the next game is away.”

Although the players had been based at Rush Green for the past three weeks, sessions could potentially begin within the next couple of weeks.

There is no problem with the stadium operator on the matter and that it was simply a case of giving notifcation that the ground would be required at a particular time.”

← West Ham take over Ladies over sexism row
Will Antonio get his England chance? →
Click Here for Comments >