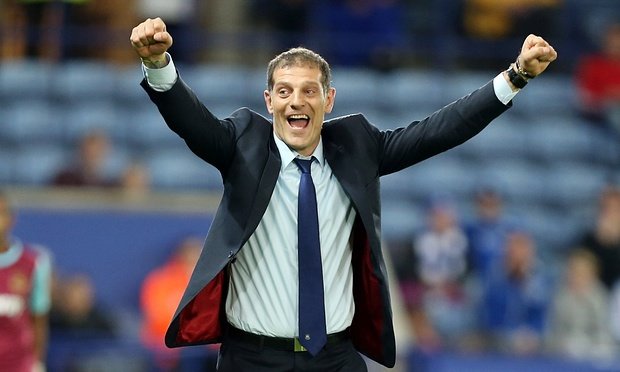 Slaven Bilic looks set to land a big new deal at the end of the season.

The Croatian’s fine season has not been lost on other Premier League outfits and although the Hammers is Slav’s dream job, the board will want to offer him an improved deal.

ClaretandHugh understands that the manager could be earning up to £600,000 less than Sam Allardyce and that his positional bonuses are not as advantageous. And it has been reported that the club even wrote a clause into the deal that the contract could be torn up if the club was relegated!

And although money has never been the manager’s motivation the board are believers in reward for excellence and despite yesterday’s defeat, this campaign has surpassed all expectations so far.

Sources close to the boss have told ClaretandHugh: “This was the only job in the Premier League that he wanted – this is his club and he accepted the deal believing totally that he would succeed.”

It had been thought that new terms may be on offer around the Christmas period if the team continue on their present course.

But we were told by a top insider: “The club looks at the manager’s contractual position at the end of every season. That’s the way it works and Slaven can expect to be offered a new deal which reflects the progress made as we head into the Olympic Stadium era.”

4 comments on “Slaven deal in pipeline”