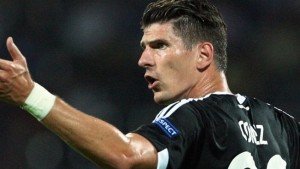 ClaretandHugh reported prior to the tournament there would be no movement on strikers ahead of it as the boss was on a spying mission in France.

It has since emerged that one target is Mario Gomez who starred when on loan for Bilic’s former club Beskitas in the Turkish Super Lig last season. He scored 26 goals in 31 matches as the club won the Turkish title.

He has now scored twice at the tournament  and with a year left on his contract the 30 year old would be available at around £6-7 million.

Bilic is also watching various other targets and a Hammers source told us: “As we explained to you there was never going to be a lot of activity before the tournament but we can  expect to start seeing things happen far more quicky as we head into July.

“Slaven always wanted the opportunity of taking in the Euros before making his decisions. He’s a deeply thoughtful man and considers all his options before coming to a decision.”

However, as we reported earlier it is firmly undestood the Hammers have now been in touch with Gomez’s parent club Fiorentina with a view to doing a deal.