Posted by Sean Whetstone on January 28, 2016 in News, Whispers 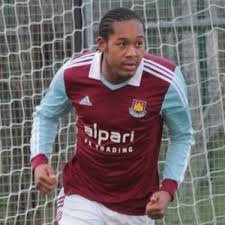 Sligo Rovers have signed Jaanai Gordon on loan from West Ham ahead of the start of the 2016 SSE Airtricity League season.

The 20-year-old striker has signed a short-term loan at the Showgrounds, which will see his initial period at the Bit O’Red last until August this year.

Sligo Manager Dave Robertson said of his latest signing: “I have known Jaanai for a long time. I watched him through his journey. He signed first for the under-12s and came all the way through the system. He got fast-tracked into the first team and made his debut in the Championship at 16 years of age. That attracted a lot of interest from some of the big clubs and he was sold at the age of 17. He has developed really well since and still has two and a half years left on his contract.

“He has been scoring regularly this year with the West Ham under-21s and played last night for them in the Premier League under-21 Cup. Jaanai is an exceptional talent who is a natural goalscorer as well. I think he can score regularly here for us this season.

“I see him as an out and out centre forward. He will give us the threat we need up front to score goals and play with the attacking style we are looking for. He also has good physicality, in the last six games he has scored a few headers and shown great strength and power, he is progressing in that area which will be important for us.

“I know that West Ham will be monitoring how he is doing closely. He has been training regularly with the first team as well as playing with the under-21s. There will be close contact with everybody over there with how things are progressing. They feel that this will really help his game so that when he goes back he will be fitter, stronger and ready to make the break into the first team. He has a really big future.”

Gordon has spent the last two years at West Ham, having signed from Peterborough, but has yet to make a first-team appearance. He has previously been loaded to Chelmsford City and Nuneaton town.