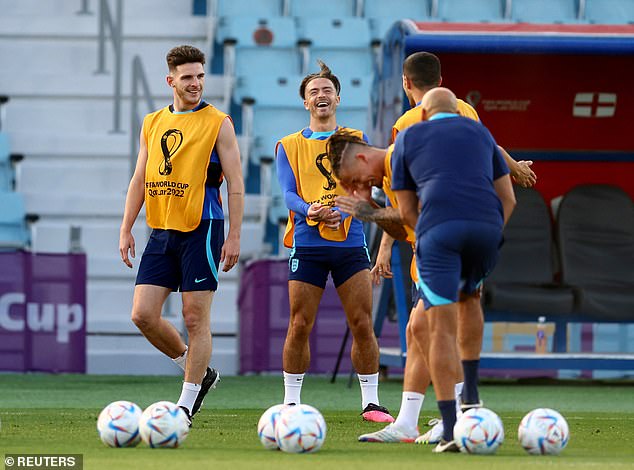 Any lingering worries over Declan Rice were cleared up with pictures that emerged from the England training camp today.

It seems that rumours that Declan had an illness which could keep him out of tomorrow’s match against France are unfounded.

Dec, of course, has a great record when it comes to illness and injuries,  missing very few games since he made his Hammers breakthrough.

And he once again showed his powers of recovery today, when there were no signs of the illness that kept him out of training earlier this week, as he looks to be ready for England’s quarter-final clash.

The West Ham captain appeared to be a doubt for Saturday’s clash after he sat out of Wednesday’s training session.

Three Lions team-mate Kalvin Phillips revealed that Rice returned to training on Thursday, and new pictures today have shown Rice in good spirits just one day away from the big match.