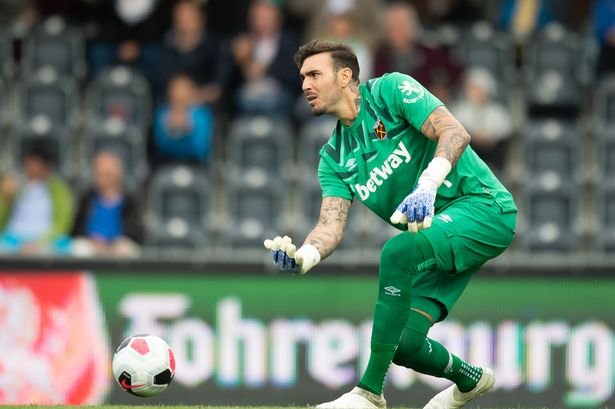 17 – Catches comfortably a potent shot from range by McNeil

43 – GOAL – 2-0 – Roberto throws the ball out to Balbuena who loses it to McNeil after a horrendous first touch. McNeil, through on goal, crosses the ball to Wood who puts it past Roberto as he made a very poor attempt at saving the shot

Verdict – 2 – He was one of the main villains in our team today in a display which was incredibly difficult to find words for. He made unforgivable errors for all three of Burnley’s goal. Despite making a few decent saves, his continued errors in goals are painful to watch and he is simply not a suitable replacement for Fabianski. The continued vocal taunting by the Burnley fans and the fact that his own team mate Balbuena did not trust him enough to head the ball back to him demonstrates how humiliating his performance was.

6 comments on “So just how bad was Roberto?…the PlayerWatch verdict”