Solving the problem of empty seats 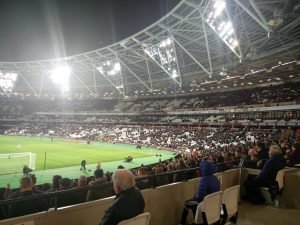 West Ham faces a showdown in court this October in their attempt to increase the capacity at the London Stadium to over 57,000.

However, if the Hammers win their court case against E20 Stadium they still face the challenge of getting a safety certificate from Newham council and the Sports Grounds Safety Authority before they could make use of an increased capacity over 60,000.

The Newham led London Stadium Safety Advisory Board is concerned that the stewarding and systems have never been properly tested at 57,000 as real attendances have never reached that level in the first two seasons.  Although almost every game has sold out to the official 57,000 capacity since moving the former Olympic Stadium the real attendances are between 10% and 25% lower because of the large level of no-shows from season ticket holders. 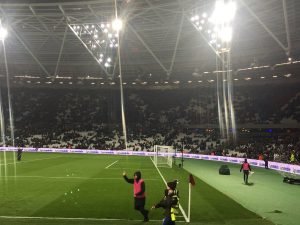 Even the first ever Premier League game at the London Stadium against achieved just 52,000 through the turnstiles and a category A game against Arsenal in the first season achieved a real attendance of 51,000. At the Southampton game last season, this dropped to a real attendance of 43,000 although the average across the season is probably closer to 47,000.

No-shows are not a unique problem to West Ham with the Premier League average being around 10% but no-shows as high as 25% is unusual. The problem is most likely related to the board’s strategy on affordable football with 10,000 Under 16 tickets for £99 and 8,000 £289 season tickets.

At those prices, supporters feel they can pick and choose which games they go to and feel using ticket exchange is not worth it. A number of non-West Ham supporters have also bought season tickets just to watch Premier League football in the stadium again missing the smaller games.

If West Ham truly wants to tackle the empty seat problem they must address two areas, the first is to have a proper policy of use it or lose it if tickets aren’t being used during the season and the second is to make the ticket exchange more attractive to season ticket holders. 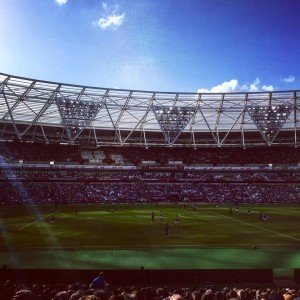 Last year West Ham updated season ticket terms and conditions which included a new clause in which the club could withdraw their season ticket if the holder does not attend seven or more Premier League matches. All season ticket holders are required to tick a box on renewal online to say they accept the new terms and conditions which say:“Failure to attend more than 7 Premier League games may result in the Club withdrawing your season ticket. Utilising the Official Ticket Exchange or Official Ticket Transfer will constitute as attending.”

To our knowledge, this clause has never been enforced and no season tickets have been withdrawn as a consequence of this clause. Some argue that the number of games should be as low as 4 or 5.

Second is the ticket exchange scheme, in reality, many fans in the cheap seats can’t be bothered to sell their tickets on ticket exchange as they think they don’t get much money back so think it is not worth the hassle.

Perhaps the club should be more generous on the ticket exchange scheme instead of offering just 90% of the season ticket allocation back in club cash to those selling back to the club instead they should offer 100% or even 110% considering they will sell at general admission prices is way above the ticket exchange refund value.
A completely radical alternative idea would be to enter a profit share deal with the season ticket holder if they sell their seat back to the club and the club sells it again they share the profit 50/50.  That could be a game changer for supporters and encourage re-sale of seats.
Permalink

14 comments on “Solving the problem of empty seats”