Something to crow about as Irons step up 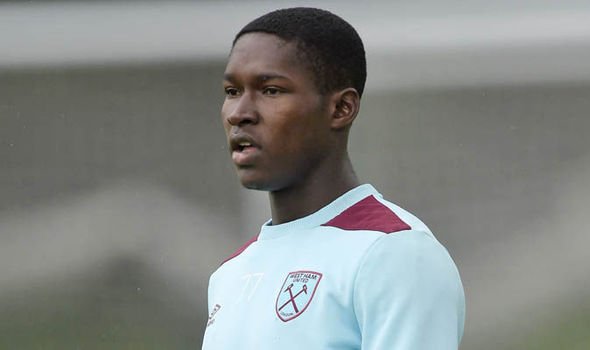 If you wanted top evidence of the amazing work going on at all levels at West Ham, four international call ups tell the story.

With the under 23s sailing along at the top of the Premier League 2 Division 2 and the under 18s in fourth place in the Southern Premier League, things are looking very good indeed.

The under 17s too are represented and Grady Diangana has done himself no harm at all on the international front with a call up of his own whilst on loan at West Brom.

It’s great news and with Declan Rice getting another call up for England there’s reason for all of us to start crowing about what’s happening at academy and Development team level.

Next week sees the under 23s bid to step up their challenge on the Leasing.Com trophy with the likes of Nathan Holland, Tony Scully, Joe Powell pressing their first team squad claims.

The match comes too soon for Ben Johnson who has been suffering a hamstring problem but is expected back for the match against Aston Villa on November 22.

In the meantime Grady , Joseph Anang, Ajibola Alese and Amadou Diallo will join the Three Lions squads at U21, U20, U19 and U17 levels respectively.

Diang will hope to make his debut for Aidy Boothroyd’s U21 side as they continue their 2021 UEFA U21 Championship qualifying campaign.

England sit top of their group with three wins from three and will defend their 100 percent record when they travel to Albania on Friday 15 November.

They follow that with a friendly against the Netherlands in Doetinchem on Tuesday 19 November.

Goalkeeper Anang earns his first U20 call-up, having previously been in the England U19 squad. His team play an away friendly in Portugal on Thursday 14 November, before meeting Iceland at Wycombe’s Adams Park on Tuesday 19 November.

Centre-back Alese has been gaining experience this term with a loan spell at Accrington Stanley and will aim to add to his two U19 caps with UEFA U19 Championship qualifying round fixtures against Luxembourg, North Macedonia and Bosnia & Herzegovina, all to be played in North Macedonia.

Finally, Diallo is in an U17 squad for the second time this season, as they take on Denmark and Czech Republic in friendlies at Alfreton Town and Solihull Moors on Friday 15 and Tuesday 19 November respectively.

One comment on “Something to crow about as Irons step up”