Song the cover as City defender says “no”

West Ham are set to miss out on a second Manchester City target – defender Majita Nastasic. 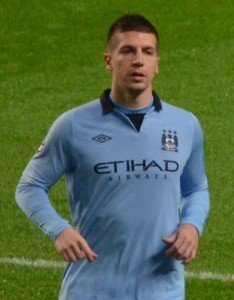 The Irons had hoped to clinch a deal for former England man Micah Richards but the player now appears to be bound for an Italian Job.

And after that news broke, suggestions immediately arose that Nastasic was set to become an Irons target.

However, unless he has a big change of mind, that appears to be dead in the water with a Hammers source telling ClaretandHugh exclusively: “He doesn’t want to come.”

It seems now that Sam Allardyce will rely on Alex Song for extra defensive cover with the player being used in front of the back four.

We were told: “Things can change quickly on the final day but Nastasic is unlikely as things stand.

2 comments on “Song the cover as City defender says “no””