Tomas Soucek is hoping that he can repeat his Slavia Prague heroics this week when West Ham take on Sevilla in the second leg of their Europa League Round of 16 clash.

The Spanish side hold a narrow 1-0 lead from the first leg after Munir scored the only goal in Spain. 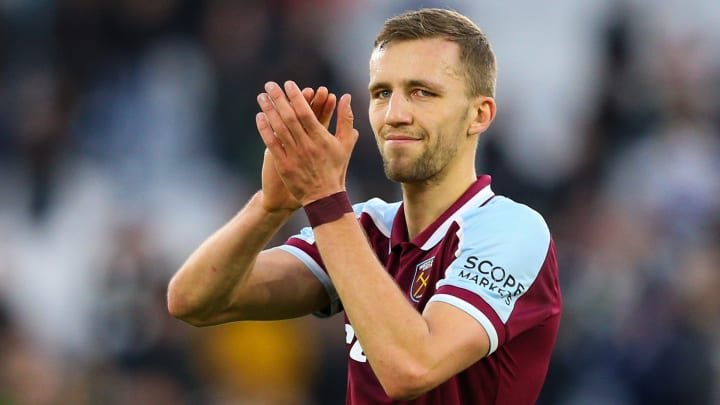 But Soucek is adamant that the Hammers can pull off a comeback and qualify for the quarter-finals, because he has experience of beating Sevilla in Europe.

The Czech Republic international played for Slavia back when the two sides met in the Europa League in 2019, and they played out a 2-2 draw in Spain before Soucek’s side won 4-3 in extra time, securing a 6-5 aggregate victory.

Soucek remains fond of looking back on that result and is confident the Hammers have what it takes to overturn the deficit and book their place in the last eight on Thursday.

Speaking to the club’s official website, he said: “I’m really looking forward to the game. I know I want to beat Sevilla.

“We managed to beat them three years ago in extra time in the same round, when I was with Slavia Prague, and I hope it happens again on Thursday because it is a huge opportunity.

“But we need to score and I hope, on Thursday, in front of a full stadium, we show our quality and make the most of the opportunity. I was close on Sunday but we finally won the game [2-1 against Aston Villa in the Premier League]. I didn’t need to score in the end but hopefully I’ve saved it for Thursday’s game.”