Soucek’s former boss tips him for a move 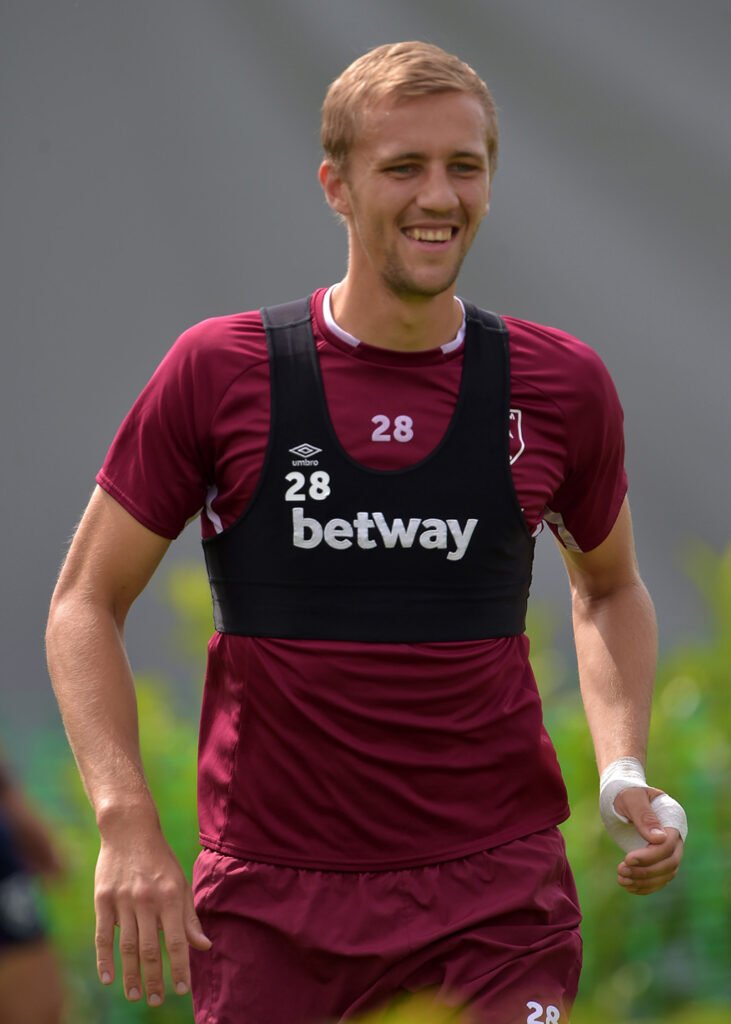 Tomas Soucek – recently linked to a move to Manchester United – has been told by  his former manager Dusan Uhrin Jr it wouldn’t be a shock to him to see the Soucek move on to a big club soon, when speaking to the BBC.

The 25-year old joined the Hammers on loan from Slavia Prague in January 2020. His move to the London Stadium was then made permanent for around £15 million in the summer (Daily Mail).

Excluding penalties, he is the highest scoring midfielder, scoring 11 goals in 39 games, this season alone he has 8 goals to his name. (Transfermarkt)

His former boss had some words to say about him: “He is constantly improving, so why not? Who scores eight goals from his position? I wouldn’t expect a transfer to Bayern, but rather a team in England.”

ClaretandHugh says: First things first. Tomas is contracted to the Irons until June 2024 and is NOT a player we have any intention of selling. It’s obviously unhelpful when former managers come out with such remarks but I guess in a football transfer crazy world it seems that even those who have no need or reason to do so get involved. West Ham have made it clear consistently that Declan was going nowhere and he hasn’t. The same will be true of Tomas Soucek. People can do and say what they like but it doesn’t mean anybody – least of all Tomas – is on his way anywhere.