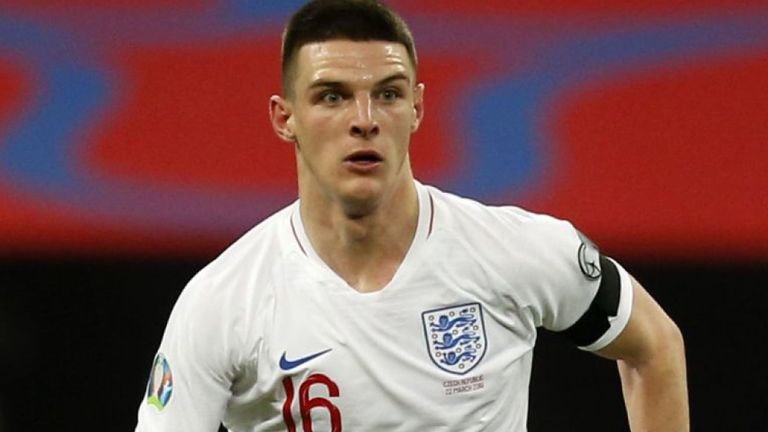 We’ve all been saying it for a very long time and it now seems that Gareth Southgate is going along with the rapidly growing  common view of Declan becoming a likely long term successor to Bobby Moore as an England captain at some stage.

His rise in the game has probably been even more extraordinary than that of the Hammers fortunes over the last couple of seasons under David Moyes under whom of course he has prospered.

And it was clear when he arrived in the match against Switzerland that he is now becoming as important to the national team as the club.

Things changed when Dec came on in a move which saw him and Jordan Henderson become a double pivot with Jordan Henderson and he played a serious role in changing the direction of the game – a point not not on the manager as he assessed his display afterwards.

Speaking to the media and quoted per The Mirror he declared:“He is right among the club captains in the team despite his age. What I have seen this season is the confidence that he has gained from his experience last summer. I think he had a huge impact on the game when he came on.

“A really mature performance, strong, breaks the game up so well, but now has more confidence to drive with the ball and bring it forward as well. Without a doubt he has all the attributes to be a captain.

“There will be others, but we are gaining the rewards of the opportunities we had to blood him so young. “