Back before the 2013/14 season, Spurs sold Gareth Bale and went on to buy seven new players. 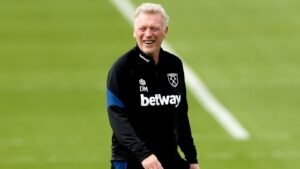 Not only did they lose twice to the Hammers – they were beaten 3-0 at White Hart Lane thanks to a Ravel Morrison masterclass – and were thumped 5-0 by Liverpool, 6-1 by Manchester City and 4-0 by Chelsea. It was a disaster of a season, really, and their new signings all struggled to bed in.

Why do we bring it up? West Ham need about seven new players this summer. Nayef Aguerd has come in thus far but there is a requirement to buy a new striker, at least one new winger, a new left-back, a new goalkeeper, and potentially three central midfielders, especially if Tomas Soucek moves on.

Are the alarm bells ringing yet?

We don’t mean to continually bang the drum that this season is going to be troublesome and at the end of the window we may look at the Hammers’ business and think that we’ve absolutely nailed it.

But there is always a problem when  bedding players in, and ensuring that they get the time they need to thrive. You can’t expect a much-changed squad to settle straight away.

It’s also an absolutely huge ask to identify those players and get them in ahead of pre-season.

We’re just a little bit concerned that seven new players or so is too much too soon and that part of the issue might have been sorted earlier.