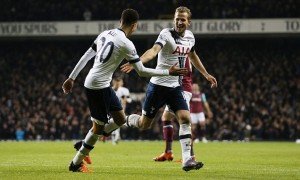 Delle Alli is a major doubt to start for Spurs on Wednesday night against West Ham after suffering a freak incident in the warm-up before Sunday’s win over Swansea. The midfielder played the full 90 minutes after appearing to suffer an injury while he practised shooting in the warm up to game.

Alli said he kicked the ground when attempting to drill the ball goalwards and immediately went down, seeming to point to his ankle as he explained the matter to Spurs medical staff.

Alli appeared uninhibited as he played the whole 90 minutes against Swansea but the midfielder was seen hobbling heavily as he left White Hart Lane after the match.

Sources close to Spurs suggest he will not be risked and could well be rested on Wednesday to be fit for the weekend game against Arsenal.