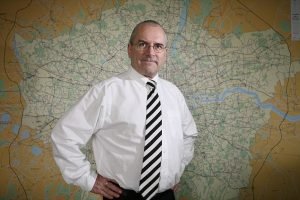 The former TfL Commissioner who was embroiled in an expenses row and other scandals was appointed by the London Mayor last year following the resignation of David Edmunds.

Hendy compares the rugby crowd with that of West Ham supporters saying of the rugby match being played in the stadium this afternoon:

“Two giants will face off in front of a packed crowd of 57,000. The spectators will not be divided between home and away fans. They will sit side by side, children and adults, sharing songs and banter while enjoying the spectacle of Premiership-level sport. Some will drink beer in comfortable seats. 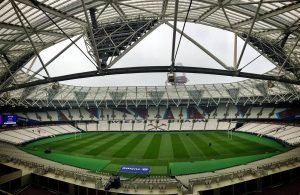 The game will be between Saracens and Harlequins, two of rugby union’s fiercest rivals. What a difference it will be in comparison to the last sporting event held in the same venue two weeks ago. Then, a smaller, segregated crowd of 45,000 watched West Ham United play Burnley.

Like tomorrow’s match, children and adults filled the ground to cheer on their favourite team playing in the highest league. Both events have similar steward numbers and are subject to rigorous safety assessments involving police, the stadium owner, the clubs and the licensing authorities. 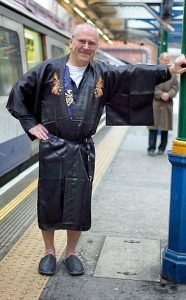 Sadly, two weeks ago, fans fought among themselves — not home versus away but West Ham against West Ham. We watched the troubling scenes of pitch invasions and some people who couldn’t protest peacefully. Two events with passionate supporters but with a very different atmosphere. So why the difference? Is it the venue? The stewarding? Or neither?”

Hendy later adds “West Ham’s problems on the pitch are well documented and part of the trials and tribulations all sports fans have to endure as their team’s fortunes wax and wane. But the atmosphere and problems at West Ham’s last home match point to more deep-seated problems.

Perhaps the issue rests more in the lack of trust between club and supporters, the vast majority of whom are decent people who love their club and their sport. The solution must lie in rebuilding the relationship between the club’s board and passionate fans, while permanently banning those who place others’ safety at risk. For better or worse, West Ham took the decision to move and signed a 99-year agreement. I want to see the club — and all those who host events at the stadium— thrive.

We are addressing the stadium’s financial challenges and want to work constructively with our partners to make it a success. We’re prepared to consider proposals that do this and provide value for money for the taxpayer. Together we can make the London Stadium the true home of West Ham United.”

The full article can be found at  https://www.standard.co.uk/comment/comment/rugby-elation-shows-london-stadium-can-be-the-best-a3797601.html

Earlier this week two of his predecessors David Edmunds and Neale Coleman in the same job said the constant criticism was unfair to West Ham who taken the enormous risk in moving to the London Stadium.