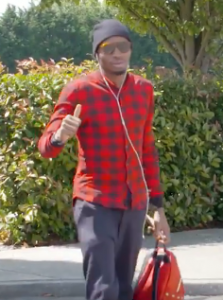 Diafra Sakho will be missing from the Irons squad tonight having suffered one of those famous groin injuries players seem to get in the transfer window!

And with Michail Antonio still recovering from his own groin strain, manager David Moyes looks set to stick with Marko Arnautovic as his central striker against West Bromwich Albion at the London Stadium this evening.

Andy Carroll and  Chicharito are both available to join him as a partner should the manager choose to go that way.

We have heard that Sakho – despite a scan showing nothing – is feeling his groin and will be unavailable for selection as the Irons take on the Baggies for the first game pf the New Year.

Skipper Mark Noble will undergo a fitness test on his  hamstring problem this afternoon with David Moyes reportedly keen to bring him back into the team.

The boss is keeping his team very much under wraps until just before kick off and there is no word on the formation at this stage.