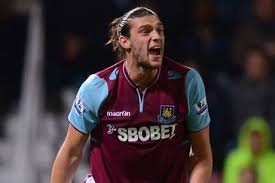 Luis Suarez believes Andy Carroll hasn’t had the Press he deserves and that he is a highly talented player.

The Barcelona striker – writing in his autobiography – declared after he was signed by Brendan Rodgers at Carroll’s expense: “I need the ball on the floor and Brendan knew that.

Rodgers knew if he put me in as a static No 9, waiting for wingers to put in crosses, I’d be no good.

“Given the type of game Andy offered, it was natural Brendan didn’t include him in his plans. Andy is tall, strong and good in the air.

“But I think people were wrong about him: he was also technically very good indeed. He can strike a ball very cleanly and with so much power.

“Yet for a short, passing game in which you are looking to release people into space, he doesn’t fit.”

← Sakho heads for “excellence” contract review
Allardyce: “We can be a top team” →
Click Here for Comments >