SULLIVAN APOLOGISES: “I CRIED THIS SEASON”

Posted by Sean Whetstone on May 7, 2014 in Whispers 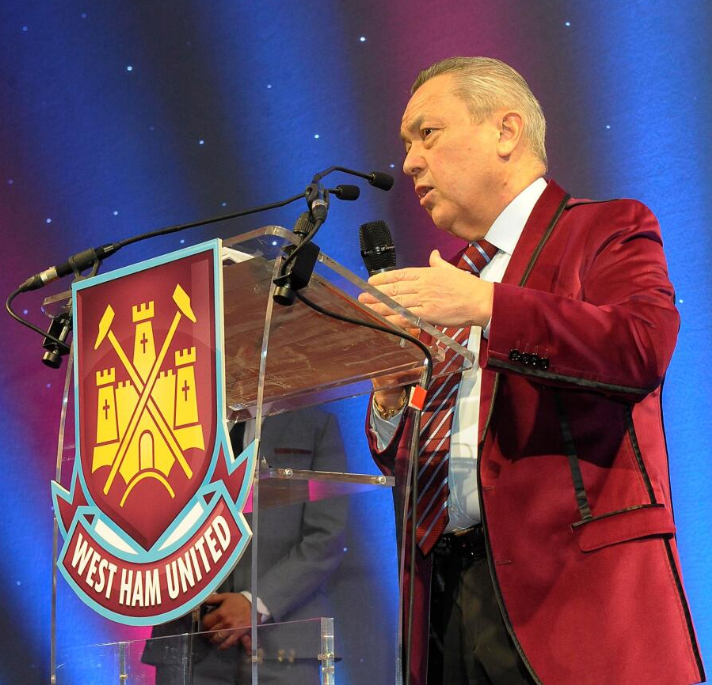 After Hammers fan and former Xtra-Factor host Ben Shephard had wound the guests up with regular reminders of the three wins over Tottenham Hotspur, Sullivan got to his feet to give his impression of the campaign.

And it didn’t make easy listening for boss Sam Allardyce or the players as Sullivan made it clear the team had to improve.

He said: “I’m not as polished a speaker as Ben but I want to say a few words. I can’t say we’ve had a great season…I cried several times this season.”

He added: “We must do better and we will get better…we must buy better players and the money will be available.”

Sullivan’s words were greeted with shock and one guest told ClaretandHugh: “The meeting was hardly underway when he got to his feet.

“But it certainly appears that there may be a tension between the chiarman and the boss. It certainly seemed to come as a shock to many.

“Later the manager reminded everybody of the season they had survived and the Cup runs they had enjoyed whilst Ben regularly asked whether h’d mentioned the wins over Spurs to predictable applause.”

But the 800 Hammers fans who had paid up to £800 apiece for the Grosvenor House to attend were riveted by Sullivan’s five minute speech.

Speaking passionately, he added that no one person was to blame for the disappointing season.  He suggested everyone at West Ham had failed.

← New Sam Poll: No change in fans minds!
Boleyn board will stick with ‘Brit’ bosses →
Click Here for Comments >