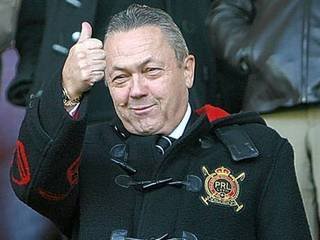 Speaking to the official site DS explained: “Our manager knows him from Turkey and Russia and says he is a very good player. He is very fast and you can never have enough goals or pace in any team.

“It took two weeks of tortuous negotiations and hard work by myself and our club secretary Andrew Pincher to get the player to the club. It was one of the most difficult deals we have ever done as we were dealing with two clubs not one.

“I would publicly like to thank Andrew, as he really is an unsung hero of the club, for all his hard work on this transfer, all the other transfers we have done in the last few years and the dozens we tried to do and failed with.”

One comment on “Sullivan confirms option to buy Emenike”