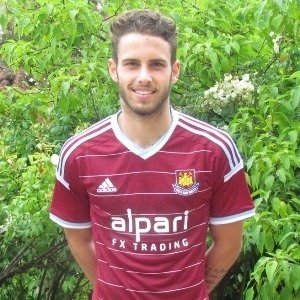 David Sullivan has rejected speculation that Ricardo Vaz Te or any other player will be heading out of Upton Park  for Charlton as part of the Diego Poyet deal.
The Hammers co-owner has totally dismissed the claims circulating around south London that the Addicks could get up to two Irons on season-long loan deals.
The speculation originated from sources at The Valley but the Hammers co-owner speaking exclusively to ClaretandHugh immediately denied them.
Vaz Te’s name was being mentioned regularly as a possible arrival but Sullivan has made it clear that neither he or any other player is on his way.
The co owner negotiated the deal which has seen Poyet arrive at the Boleyn leaving the Addicks expressing public unhappiness on their website.
And he told us: “The Poyet deal has been concluded and there are no players going the other way.
“The transfer fee was resolved through negotiations without the need for a tribunal.”
Permalink