Sullivan’s verdict on a big win 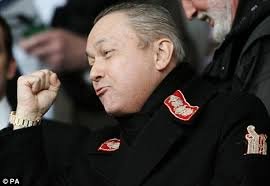 West Ham’s welcome win over Newcastle brought back the feelgood feeling to Upton Park after the team had failed to win since October.

And the much needed victory was particularly welcomed by David Sullivan after – like us all – suffering through the injury crisis.

We now face West Brom on Tuesday evening and Swansea on Sunday with no reason to believe that six points aren’t their for the taking and hopefully with at the very least Alex Song on the way back.

Sullivan was delighted with the victory declaring that at last we received the luck that has been missing from previous outings.

The co-chairman – speaking to ClaretandHugh – said: “ I didn’t think we were as good as we were against Everton and Villa, but we had that bit if luck we didn’t have in those games.

“It’ was a fabulous win for us and four wins wins and a draw in the last 5 home games is great for our supporters.”

One comment on “Sullivan’s verdict on a big win”