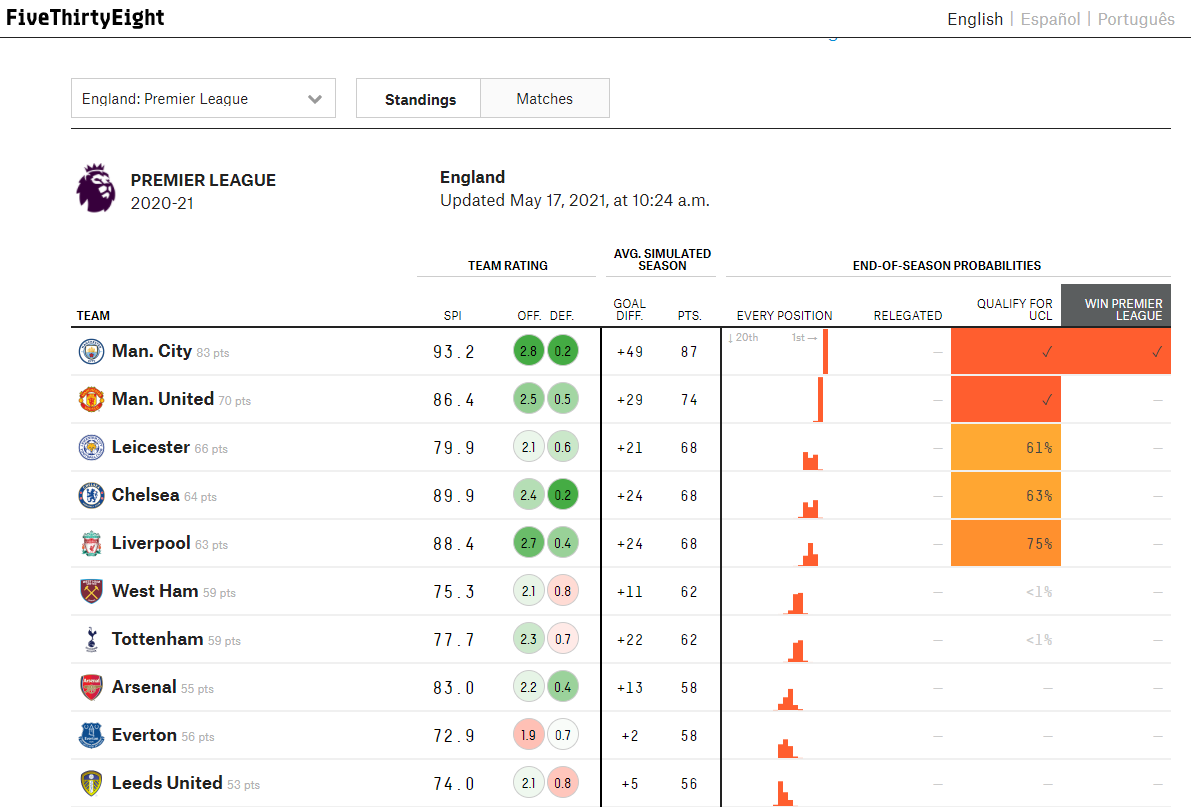 American football site FiveThirtyEight has crunched the data using a Super computer to predict the final standings of the Premier League table at the end of this week.

They suggest Chelsea will finish third  on 68 points with 63% chance of Champions League qualification.

Leicester City, they claim, will finish fourth, also on 68 points with an inferior goal difference.

Liverpool are predicted to finish fifth also 68 points on the same goal difference as the Foxes of +24.

Spurs, they say, will finish in sixth place on 62 points with a goal difference of +22

West Ham will finish seventh on 62 points with an inferior goal difference of +10.

That suggests West Ham will win one and lose one of their final two games of the season, against West Brom and Southampton.

Seventh will be enough to qualify for Europe in the form of UEFA Europa Conference League.

Winners of the Europa Conference League will qualify for the following season’s Europa League group stages.

← What is the Europa Conference League?
Plea to stop the hatred →
Click Here for Comments >