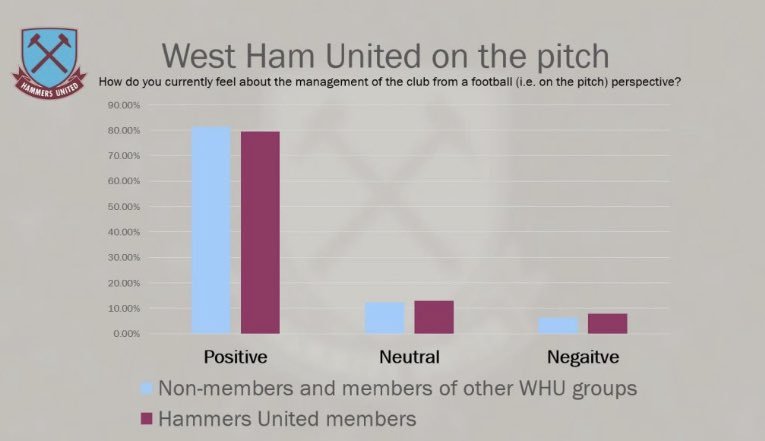 Supporters’ group Hammers United have published their long-awaited results revealing that a total of 5,330 took the online survey. The group say 43.22% of those completing the survey were members suggesting 2,303  of their 18,000 members answered questions about the club, listing their priorities for change.

The survey closed on 27th December last year and 51.61% of those who replied were not members of any FSA affiliated group.

80.48% of West Ham United supporters reported feeling positive or very positive about the management of the Club from a football perspective.