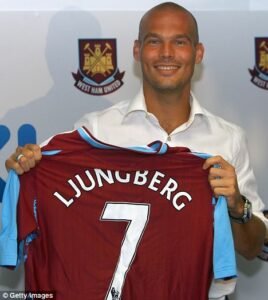 Yesterday Arsenal appointed Ljungberg as their caretaker manager after they sacked Unai Emery, the report suggests the North London side could give the Ljungberg until the end of the season to prove himself worthy of the big job.

After retiring from professional football in 2012 Arsenal announced that their former player would be “renewing his ties with the club” by taking an ambassadorial role with the view of increasing the international awareness of the club. He said that he was “honoured to take on this ambassadorial role”

The suggestion that Ljungberg would become a managerial candidate for West Ham will come as a surprise to many given his limited coaching experience until recently.