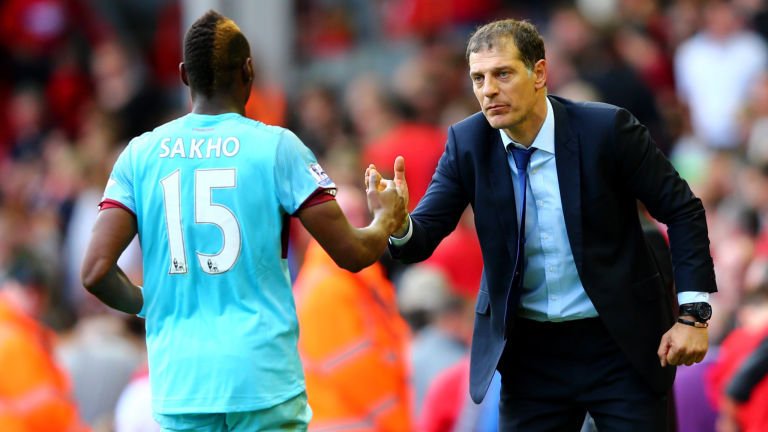 Diafra Sakho could be back in action next weekend against Swansea.

The striker is insisting he is fit and Slaven Bilic is understood to be looking at including him in the squad for a crucial London Stadium clash.

There had been hopes he would be ready to enter the fray for the game against Arsenal at the Emirates next Wednesday evening but the manager looks set to hold him back from that clash.

However, most training ground sources we have spoken to believe the Senegal international is ready to make his long awaited return following surgery on his back injury.

The manager indicated in his pre Hull City presser that he could be be back very soon and that it would give the squad a much needed boost.

We were told: “There’s no holding the player at the moment – he is training all the time and doing extra work. He absolutely insists he’s ready and Swansea starts to look a real possibility.”