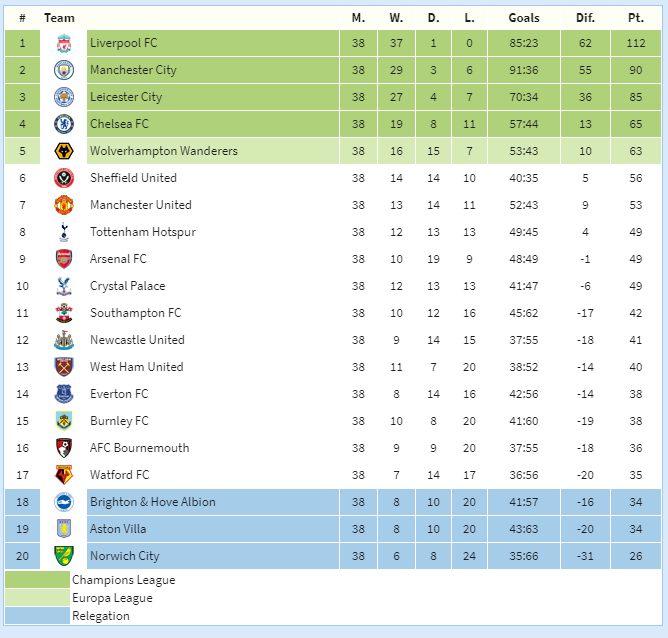 West Ham could finish as high as 13th place in the Premier League if individual predictions are correct.

Claret and Hugh Associate editor Sean Whetstone used the www.worldfootball.net table predictor to predict the remaining games in the Premier League to reveal that the Hammers could finish 13th on 40 points.

Draws against Southampton and Newcastle with wins against Brighton, Burnley, Norwich City, Watford and Aston Villa.

The table below shows Liverpool being being crowned Premier League champions with Spurs, Arsenal and Manchester United all finishing outside the top six. Norwich, Aston Villa and Brighton are predicted to face relegation with Bournemouth, Watford, Burnley and Everton surviving but finishing lower than the Hammers.

If you want to do your own predictions fill in your results at  https://www.worldfootball.net/table_calculator/eng-premier-league/  click calculate and share your table results in the comments section.