Taylor misses out on Irons face-off 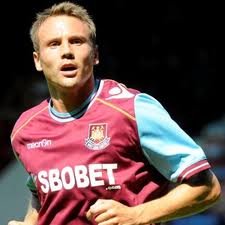 There will be no happy reunions for Matty Taylor when the Hammers arrive at Turf Moor on Saturday!

The former Irons winger whe left after rejecting a a new one-year contract is set to go surgery to to solve an ongoing Achilles problem.

Taylor became a top man for the Hammers towards the back end of last season, building a partnership with Mark Noble in the centre of midfield.

On loan midfielder Nathaniel Chalobah could take Taylor’s place in the squad though after recovering from a neck injury that saw him taken to hospital after an reserve team game.