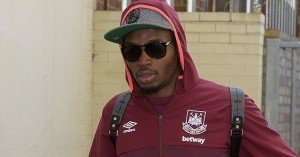 Sakho…cry baby of the year!

Ok, it’s that time of the year again when the achievement awaeds are handed out although there’s probably only two players who are genuinely in the picture for the club’s official awards.

Marko Arnautovic is seemingly alone in the Hammer of the Year stakes whilst Declan Rise will have to win something even if they make a special category for him.

So may we welcome to our alternative awards which may be a lot more relevant given the season we’ve had and PLEASE our tongues are very much in our cheeks.

Michaelangelo Award for Art: Arnie’s tattoos are something to behold and have grown daily it seems from four to possibly 4,000 since his arrival from Stoke .

The Best Impression award: Arthur Masuaku’s Spit the Dog routine was something to behold 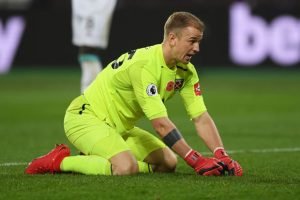 Wind up of the season award: Arnie’s double p..s take at Mark Hughes as manager of Stoke and then Saints was a superb achievement

Flop of the Year: Plenty of runners here with the likes of the departed Andre Ayew, Jose Fonte and Sam Byram but there can only be one winner of this  award so please step forward Mr Joe Hart – perhaps the biggest no hoper at £110k a week since Avram Grant!

Crock of the Year: Andy Carroll, Winston Reid and Byram lead the way with Michail Antonio and Pedro Obiang right in there. AC has managed 15 this season – several as sub whilst Byram, second fiddle to Zab anyway managed 10, and Reid 19. Sadly for him and us Carroll clung on to the gong seemingly with a season ticket to the treatment room season on season!

Cry baby of the Year:  Only one candidate and runaway winner in the thoroughly awful Diafra Sakho who showed more personality problems than anyone could possibly cope with. His disloyalty to a football club was possibly the worst any of us can ever remember and certainly more than equal to that of Dimi Payet.

Talker of the Year: Barely a week has gone by without skipper Mark Noble giving his views on everything Hammers via the official website. His letter to the fans – probably initiated by the media office mind you – was as sad as it got at a time when unhappy fans were preparing AGAIN to give it large for the boys anyway.

Part timer of the year: Vice chairman, ‘The Apprentice,’ House of Lords , New TV show ‘Give it a Year’, Scum columnist … Karren Brady jack of all trades!