Fabianski: Injured at a crucial time – and in all honesty never quite got back to his magnificent best. Nonetheless still an important figure for us between the posts – 7

David Martin: Came in when we needed him most. His presence in those few vital games he played should not be underestimated – 6.5

Darren Randolph: Did nothing wrong when he was called upon. Reliable if unspectacular back-up – 5

Roberto: Must have made one half-decent save at some point. Can’t for the life of me remember where or when though – 0

Cresswell: Clearly not the Cressa of a few seasons ago but provided stability, experience and a cool head when David Moyes needed exactly that – 6

Balbuena: Lost his way completely from the word go. His performance against West Bromwich Albion in the cup was the stuff of nightmares – 3 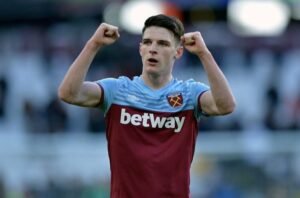 Ogbonna: Probably his best season in a West Ham shirt. Marshalled a very shaky defence with skill, authority and a much needed level head – 8

Diop: Gradually regained at least some of his form as the season progressed – with the help of Oggy alongside him. Still has plenty to offer – 6

Fredericks: A real enigma. Has the pace of an attacking full-back, but disappoints in so many other aspects. Being injury prone is a real problem – 5

Masuaku: had to wait for his opportunities, but when they came failed to take them. Far too unpredictable and unreliable – 3

Johnson: Just three games to judge, but showed great composure in all of them, even when switched to the left. Enormous potential – 7

Anderson: Slow start – and never got any better! Huge disappointment when he could have been so influential – 4

Lanzini: Given every opportunity by David Moyes, but let his manager down. Looked lost, un-motivated and un-interested at times – 4

Snodgrass: You never get less than 1105 with Snoddy. Effort and commitment every time he takes the field. Great team player – 7

Noble: The value of his ‘captaincy’ over the last critical games of the season cannot be understated. For that alone he gets a – 7

Soucek: Totally outstanding – wonderful signing. Did as much and more than most to ensure survival 8+

Wilshere: This was trumpeted as his ‘comeback’ season. We’re still waiting – 4

Antonio: If it was down to goals alone, Michail would be seen as our season saviour. Never stopped working and running for the team in those last nine games – 8

Rice: Played from the very first whistle to the very last. Showed tremendous maturity, endless energy and masses of inspiration in everything he did – 9

Fornals: Grew into his roles – and there were several of them. Can’t be faulted for effort, left everything out there on the pitch – 7

Yarmolenko: Scored a couple of very important goals at vital times. But can’t help feeling he could contribute more to games when he plays – 5

Haller: Bright and encouraging start to the season – but then lost his way when the team lost theirs. Jury is still out in my opinion – 5.5

Ajeti: Massive disappointment whenever he appeared – 3

Bowen: Destined for a great future with the Hammers. Infectious enthusiasm, and plenty of skill to go with it. Not difficult to see why he’s already a fans’ favourite – 8