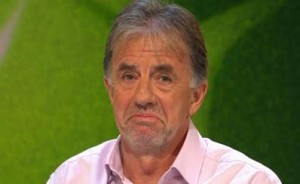 Mark Lawrenson can see no end to the Hammers luckless run against Brighton this weekend.

The Hammers have failed to get a win over the Seagulls in their last seven attempts thus making the south coast outfit a genuine bogey team.

Lawrenson rarely manages to find it within him to tip a win for the Irons but maybe he has a case this time round.

For with Graham Potter’s now clear of relegation they can play without any element of fear against the still to qualify for Europe Hammers.

Lawrenson believes our Champions League hopes are  all but dead and he believes then south coast team can cause us more damage by grabbing a draw at the Amex.

He claimed the Hammers defeat by Everton last weekend all but finished off our hopes  of making the top four, even though it is still mathematically possible.

Writing on his BBC website he says: “I see more frustration for David Moyes’ side here too.

Brighton will be without suspended duo Lewis Dunk and Neal Maupay after their red cards against Wolves. That should help the Hammers, but I still think Brighton will get something out of the game.

Staying up again this time means the Seagulls will spend a fifth consecutive season in the top flight for the first time in their history, which is a great achievement.

Well done to Brighton boss Graham Potter, and to the club’s board – because they went out on a limb to bring him in as manager in 2019, and gave him a long contract too.”