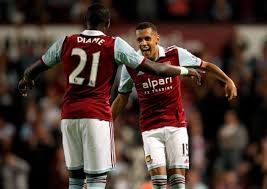 West Ham could be forgiven for wondering whether they didn’t make a mistake when Fulham reportedly offered £4 million for Ravel Morrison!

It’s not been a pretty sight watching a player so gifted working his way through top managers  like Sir Alex Ferguson and Sam Allardyce at such a young age. Now it’s Harry Redknapp’s turn!

The Guardian broke a story on Saturday in which they claimed that the player’s West Ham problems began when he was apparently invited to a meeting at which  he was invited to join agent Mark Curtis’ stable of players.

The story has been around the game for several months and at one stage i was being told that if he didn’t get a move in the transfer window he would tell his side of the story to the world at large.

He also  put up an extremely derogatory  comment  about the manager on Instagram and then immediately withdrew it – strange behaviour indeed!

Curtis’ long term relationship with Sam Allardyce is well known and besides having a relationship with the Upton Park boss he also has links with Kevin Nolan, James Tomkins, Jack Collison, Matt Jarvis, Andy Carroll, Jussi Jaaskelainen and Adrian.

We will all have our own view on whether oneagent having so many players and the manager himself in his’ stable’ is a good idea or not – personally I don’t think it’s great. In fact I don’t like it one little bit!

However, the only surprise is that Rav was surprised by such a meeting given the circumstances above and influence Curtis appears to have inside the Boleyn.

Had Rav  been a different type of character he would probably have shrugged it off but that certainly doesn’t appear to be his style.

That he didn’t is in line with much behind the scenes chat about his  personality which has brought him to the point of a loan move to the Championship.

Only a couple of months back he was being discussed as a £10 million player and were we discussing such a figure based on ability and potential that wouldn’t be far from the mark.

But club sources have regularly told ClaretandHugh of the “personality problems” which have hindered the midfielder’s progress.

Rav takes things very much to heart as has clearly been seen in the issues surrounding the Mark Curtis affair.

Then there was Sam Allardyce’s comments that he needs to “rejoin the squad” after claiming a groin injury which appeared soon after his performance at Manchester United had been criticised.

There have been regular unconfirmed reports of differences of opinion between him and senior players whilst privately we have been told of relational difficulties and even cases of him going AWOL.

There is no point in taking sides – that never solved anything but it now certain the boy will be on his way permanently in the summer.

Attempting to nail the reasons why on one fall-out would be dangerous as there have been several incidents which have led us to this point.

But to go out where we started – the club may be regretting not taking the Fulham cash when it was there as this one may run and run!

And were he do finally carry out a private threat to tell his side of the a story on everything life could become more than a little bit messy.

One final point! When the same player finds himself at the centre of various problems involving others you start to wonder how it can be everybody’s fault rather than his!

4 comments on “THE MORRISON DILEMMA”