Manuel Pellegrini – like the rest of us – felt a mixture of relief and delight to the party when he delivered his verdict on the extraordinary events at the London Stadium this afternoon.

Until the last ten minutes a win was totally out of the picture as the Irons struggled and struggled against a useful Huddersfield.

But once again the managers substitutions worked the oracle with Chicharito and Samir Nasri in particular making a real difference.

That may not augur to well for Antonio  and Noble who were hooked to make way for the influential replacements who made a real difference towards the direction of the game.

Despite the manner of the win today Pellegrini had every right to be happy with three points at the London Stadium which takes our unbeaten home run to seven and stretches back to January 2.

The manager told reporters:: “This was a match for the fans. Maybe when everyone was disappointed when we were losing 3-1, the biggest merit of the team was we never gave up and continued working.

“We showed a lot of character. We spoke before the game that this was a team that plays well, maybe they don’t score many goals but they are always dangerous from set pieces. They scored their first two from set pieces and after that a great goal put them two in front.

“We had a reaction in that moment, and we knew it would be difficult to score [the goals to come back], but we tried and we did it.” 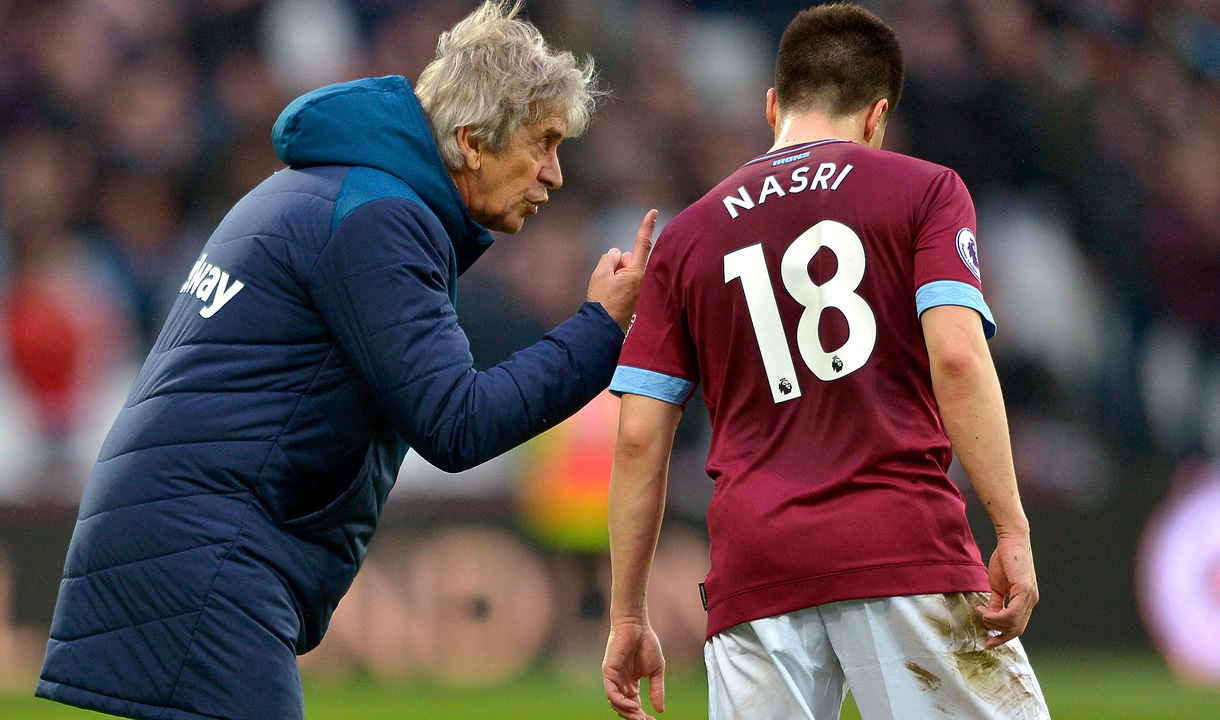 He also lauded the impact of Hernanez and Nasri saying: “Javier was playing well recently, but he had a little pressure of not scoring, so it was good for him to come from the bench, and he played very well and decided the game with two goals.

“I also think Samir Nasri changed the game of our team and Lucas Perez was always dangerous in the box, so the three substitutes did very well and that’s the reason why you need a good squad and not just a team.

“The complete team did not play well in the first 45 minutes. We didn’t play with the pace that we need, we didn’t do the movements we needed to do, and the playmakers that had to put good balls for the attackers.”